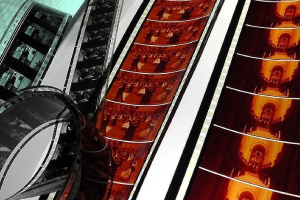 If you are fond to stay at home on the weekends and enjoy a good movie, this article is for you. We propose you 5 essential gambling and casino movies that you will be able to watch on your favorite streaming platform. From Al Pacino to Jessica Chastain through Paul Newman, Martin Scorsese or Kim Basinger, the big screen has been fixed for decades in the world of gambling and casinos, producing these little gems. From classics to cult movies. We review – in descending chronological order – what we have considered the 5 best movies about gambling and casino made so far.

One of the best titles when listing casino, gambling and poker feature films. Aaron Sorkin, writer of hit TV series (The West Wing, Studio 60, the Newsroom) moved to the cinema in 2017 to write and direct the story – based on true events – of Molly Bloom (Jessica Chastain), a young and successful skier whose serious injury takes you away from your sporting ambitions. A waitress job brings her closer to the world of poker, where she ends up becoming a millionaire. Sorkin’s thriller garnered two Oscar nominations in 2018.

Based on real events, this film started as a book called “Bringing Down the House: The Inside Story of Six M.I.T. Students Who Took Vegas for Millions”. A group of brilliant students, joined by Ben Campbell (Jim Sturgess), travel every weekend to Las Vegas to win at Blackjack thanks to math. Campbell is an outstanding student at MIT (Massachusetts Technology Institute) who takes this adventure as a way to pay for college tuition.

Although the main topic is not about the world of betting sites, it does occupies a central place in this after-dinner film, where Brandon Lang (Matthew McConaughey) is a promising American football player whose injuries have deprived him of his professional stardom. Now he works in Las Vegas in a gambling house, when Walter (a famous talent scout) signs him to give him a chance.

Without a doubt, one of the strong names on this list is this Rounders by John Dahl and starring a high-level duo: Matt Damon and Edward Norton. Poker will occupy a central place in the plot. Mike McDermott is an outstanding law student and better poker player, who will try to help his best friend Norton to pay off all his debts after being released from prison.

One of the great films of Scorsese’s career, starring Robert de Niro and Sharon Stone. Based on the book by Nicholas Pileggi, it narrates the memoirs of Frank Rosenthal, a sports betting expert who is transferred to Las Vegas to run a large Casino in the city. If you are looking for a great casino movie, this is a must!

It all starts when a thief, Danny Ocean, gets out of jail after serving his sentence. But the moment his out, he is already thinking about his next goal: the biggest robbery in the history of casinos. He contacts 11 men to begin his plan, until his ex-wife gets caught up in it. This mythical film is a remake of the original from 1960.

The list could be longer: Lock & Stock, Eight men out, Seabiscuit… Cinema, gambling and the best casinos have always had a close relationship. What movie do you miss on this list?